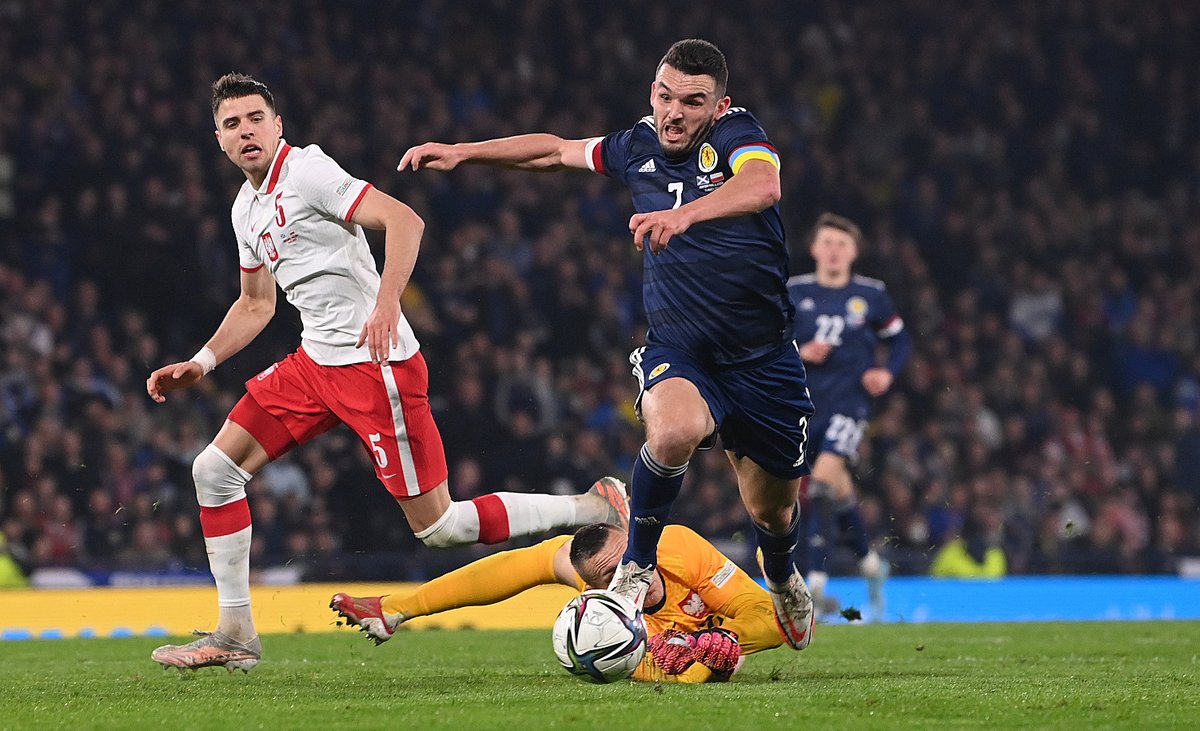 After a goalless affair in the first half of the friendly clash between hosts Scotland and Poland at Hampden Park in the Scottish city of Glasgow, Arsenal defender Kieran Tierney gave the home team the lead on 65 minutes for what was his first goal for his country. Tierney was on the way to being the matchwinner before the Polish team equalised through Adam Buksa in stoppage time as the two teams settled for a stalemate.

Thanks to the late goal from Buksa, Poland were able to avoid defeat ahead of their home game with the Swedes in the playoff final from path B. Ahead of the game in Chorzow on Tuesday, Poland have a very poor record against their opponents losing the last six meetings. The Swedes would be looking for a seventh straight win over Poland when they meet next week. Sweden lost to Poland in their first meeting at the 1974 World Cup and they have dominated the fixture since then.

Unlike Poland, Sweden made it to the playoff final by playing a game. They had to see off the Czech Republic in their semifinal tie to set-up a meeting with the Polish team. Robin Quaison was the star man for Sweden after he scored in the first half of extra time to give his team a 1-0 home win over the Czechs and a place in the playoff final in path B.