Poland is currently on the brink of qualification and currently top their qualifying tables. Indeed Poland who are found in the same group as Montenegro, Denmark, Romania, Armenia and Kazakhstan. Poland is currently top of the group with 19 points followed by Montenegro on 16 points.

Poland has been an exciting team to watch during the qualification and there are no doubts that they will be present at the finals.

Indeed they have been able to count on a great striker such as Robert Lewandowski to help them in the tough games against Denmark and Montenegro.

Polish fans are already preparing themselves to be part of the Russian World Cup but Robert Lewandowski have recently warned them that things will not be easy at the finals. He said that they will be facing some tough opponents there and it is important that they remain focus on their objectives. END_OF_DOCUMENT_TOKEN_TO_BE_REPLACED

Arka Gdynia are set to begin the new season on a good note after they defeated Legia Warszawa in the Polish Super Cup.

The Yellow and Bluesdefeated their opponents through a penalty shootout after 90 minutes of regular play. The rule in the Polish Super Cup does not allow extra time so a shootout had to happen as the game could not be resolved beyond the 1-1 tie.

Arka took the game to the Polish champs from the start. Patryk Kun went close in the 7th minute but his header was off the mark. The champs came all out minutes later but Moulin’s effort was blocked.

Arka eventually scored the opener in the 20th minute. GrzegorzPiesio made his way to the box of Legia then he sent a cross that Michal Pazdan tried to block but he eventually deflected the ball to the net to send Arka up. END_OF_DOCUMENT_TOKEN_TO_BE_REPLACED 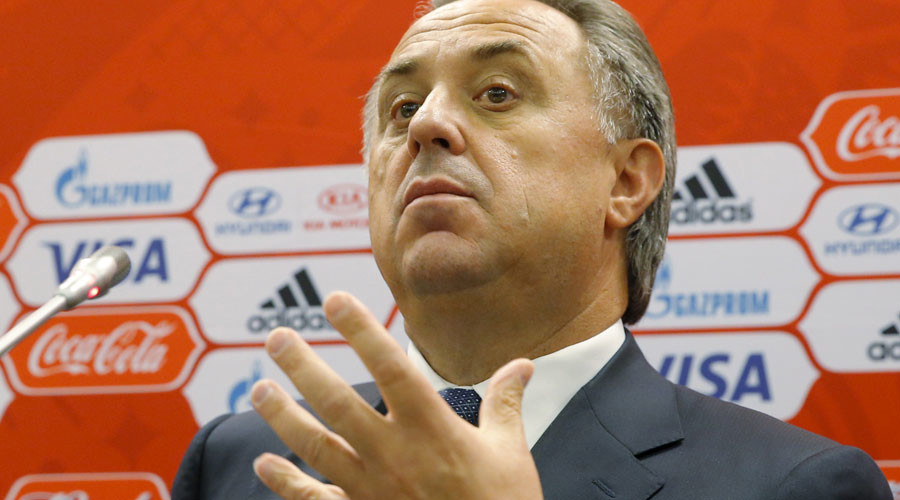 A journalist for Gazeta Polska CodziennieMarcin Herman cited German press, reporting that there are factions of North Korean workers that are involved in the building of a stadium in the Russia capital. There are concerns about the quality, safety and moral implications. END_OF_DOCUMENT_TOKEN_TO_BE_REPLACED

Lewandowski has been instrumental to the Bundesliga titles so far – aside three successive semi final finish in the Champions League. The German giant are bidding for their record five straight victories this season. They are currently sitting atop the league and are favourites to lift the title again despite the change in coach. END_OF_DOCUMENT_TOKEN_TO_BE_REPLACED As a result, Bayern Munich are ready to offer a new contract to the player who is already one of the highest earners at the club. Lewandowski came to Bayern on a free transfer from Borussia Dortmund and he has already won the Bundesliga twice. One of the biggest regrets for the Polish striker so far would be his inability to win the Champions League. END_OF_DOCUMENT_TOKEN_TO_BE_REPLACED

Nawałka has been the national team manager since 2013 and he has done an excellent job of revamping the team so as to take advantage of upcoming stars like Lewandowski. The fact that the national team has been able to reach the quarter-finals of the major tournament like the European championship will be a major boost to the health of the sport in the country. Poland has failed to shine as a major European footballing nation and it has largely been dwarfed by Germany throughout its history. The recent resurgence, though, provides hope that Poland will also be able to compete in the latter stages of a major tournament quite regularly from now on.
END_OF_DOCUMENT_TOKEN_TO_BE_REPLACED Adam Nawalka took charge of Poland in 2013 and had successfully guided the Poland team through the Euros 2016 qualifiers and brought them all the way to the quarter-finals. The Poland Football Federation will be hoping that he can achieve the same thing with the World Cup qualifiers who are due to start in September this year.
END_OF_DOCUMENT_TOKEN_TO_BE_REPLACED

Poland made a risky move over the weekend by trying out an experimental lineup in one of their games.

Grosicki and Wszolek both scored two goals separately though so the experiment seemed to work out just fine. This gave Poland the edge against Finland to completely dominate them with a 5 point lead, leaving Finland with 0 points. They now have a winning streak of five games and are eyeing the Euro 2016.

Robert Lewandowski of Bayern Munich was left on the bench in the first half of the game. This decision was made after the loan winger from Fiorentina named Jakub Blasczykowski was also benched. However, in the late game, the winning goal was actually scored by the benched players. This was only a friendly game versus Serbia on Wednesday but currently Poland is trying out some experimental techniques and lineups that they don’t traditionally do.

Poland scored three goals before the break had even occurred so the game was actually over well before it was officially over. By halftime, the game was over as a contest and not something that could be salvaged. The Brazilian goalkeeper Guilherme also made a little bit of history as he defended the goal from Russia in a halftime as a substitute player. This allowed Russia to dominate Lithuania with a 3 to 0 game. END_OF_DOCUMENT_TOKEN_TO_BE_REPLACED

Throughout the years, Real Madrid has had a number of highly qualified managers who have lifted some of the biggest pieces of silverware. Jose Mourinho and Carlo Ancelotti are some of the latest ones who have taken up the managerial position at the Santiago Bernabeu.

Carlo Ancelotti and Jose Mourinho have proved on numerous occasions why they are considered to be some of the best managers in the world. Both coaches have won the Champions League on 2 occasions and this is the kind of managers that Real Madrid are always searching for.

Real Madrid has always attempted to bring in coaches who have won the biggest titles in the world of football and Florentino Perez has recently revealed that Real Madrid had been in search of Rafael Benitez before Mourinho and Ancelotti.

The president of Real Madrid Florentino Perez said: “We were absolutely convinced we needed a new impetus,” said the chief. “For my part it would have been easier to keep going.

“I analyzed it and didn’t have doubts to give the team a new impulse. We are glad we did it with a new coach. Rafa Benitez is the best for Madrid at this time. He knows the culture, the values, and is from this ‘house’.I thought of him in 2009 and offered him the job. The circumstances didn’t allow it because he had renewed with Liverpool and couldn’t leave them. Benitez is Spanish, a Madridista.”

According to Florentino Perez, Real Madrid attempted to sign Rafael Benitez a few years ago but the Spanish manager decided to extend his contract with Liverpool which was his club during that time.

Rafael Benitez was the coach of Liverpool starting from June of 2004 until June of 2010 and during this period of time, he managed to win: FA Cup, FA Community Shield, Champions League and Super Cup. END_OF_DOCUMENT_TOKEN_TO_BE_REPLACED

Bayern Munich striker Robert Lewandowski plays his football in Germany, but he helped his national team keep their heads above the Germans in the race for the Euro 2016 qualification after scoring a hat-trick against Georgia in the 4-0 win.

Poland are the unlikely leaders in their Euro 2016 qualifying group, which also contains Germany and Scotland. They have a one-point advantage over the Germans with a couple of matches remaining. Finishing top of the group has its own advantage and Poland maintained this position with a convincing win over Georgia. This victory means that they can afford to relax in the upcoming game against Greece, which is a friendly.

The big test for the team will come in September when they travel to Germany in order to take on the Germans. They can now do so knowing that even a draw will be sufficient to maintain their position. Admittedly, a win against one of the minnows in the qualification group – Georgia – is unlikely to mean anything towards the potential of the team to do well in the final itself. However, with a striker like Lewandowski in their ranks manager Adam Nawałka will easily be thinking about a place in the knockout stages of the Euro 2016. END_OF_DOCUMENT_TOKEN_TO_BE_REPLACED